Sorry …not maths question but I need help on Science. Is lizard an amphibian? TIA!

Nope. A lizard is a reptile.

My thought is let the child know what classify as amphibian. e.g. Amphibians spend their lives in the water and on land. (Since lizards can't survive in water, they are not amphibian .)

Unless they're marine iguanas? Are iguanas lizards or amphibians?

Lizards are reptiles as they have scales. Amphibians have moist skins like salamanders and frogs.

A good inquiry question for the kids to explore, have fun

Can advise on (b)? Thanks so much in advance. 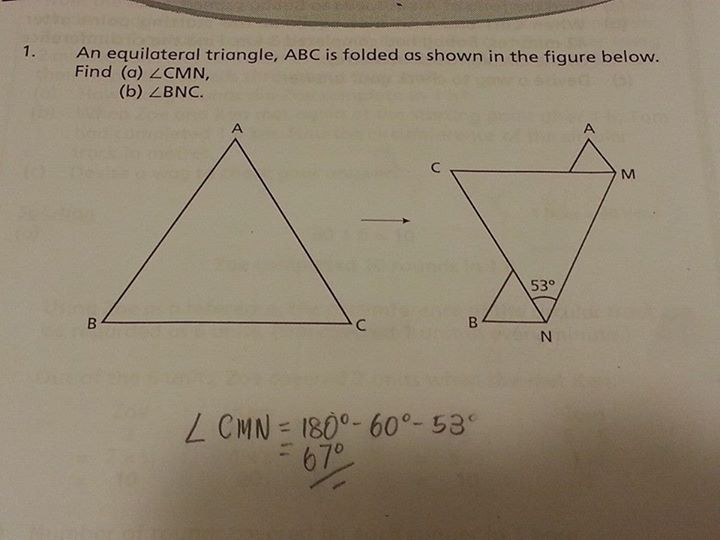 May I know what level is this?

That's a really tricky one.

Ok wait, I get it now.. You were looking at the angle on the straight line, after you unfold the folded part.. 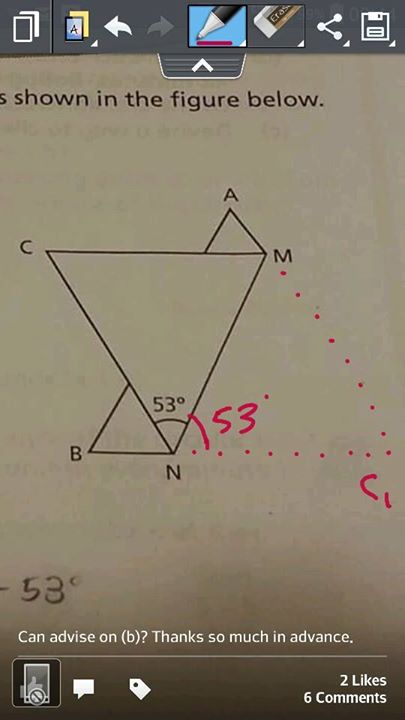 Got it! Better make sure my son gets it! Heard that this Qn is quite common for P6..

This is not the first time we encounter such a question; we have seen this qn in P5 but we still forgot that this is how it can be solved. Thanks once again! 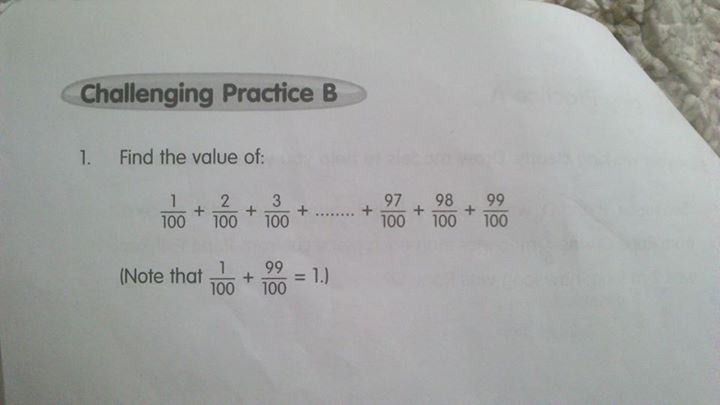 Thanks for adding me. 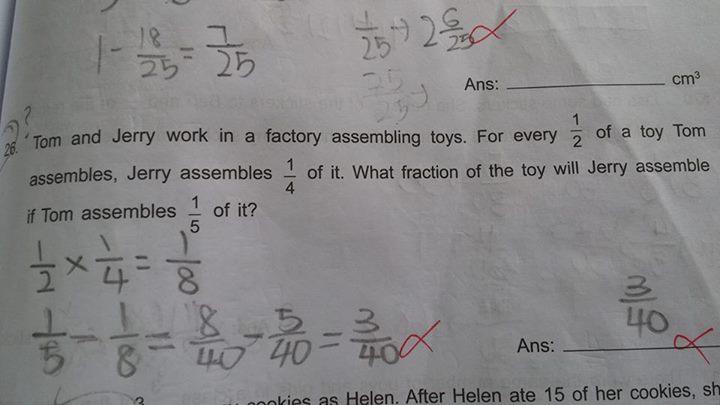 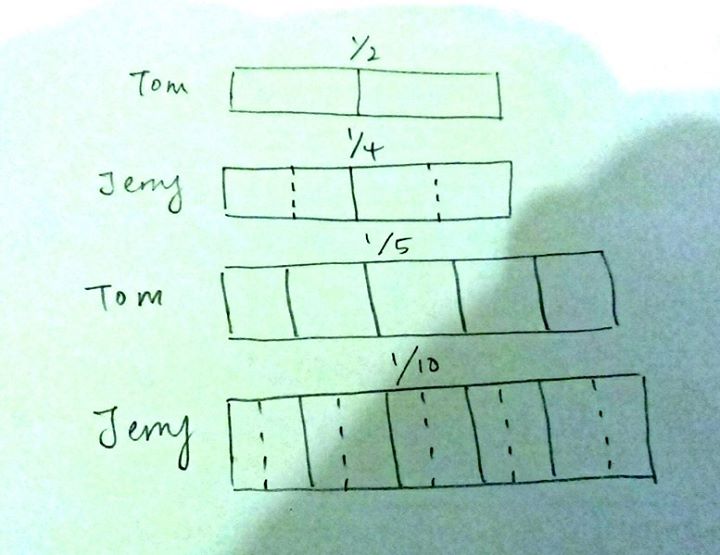 Thanks everyone for your guidance. 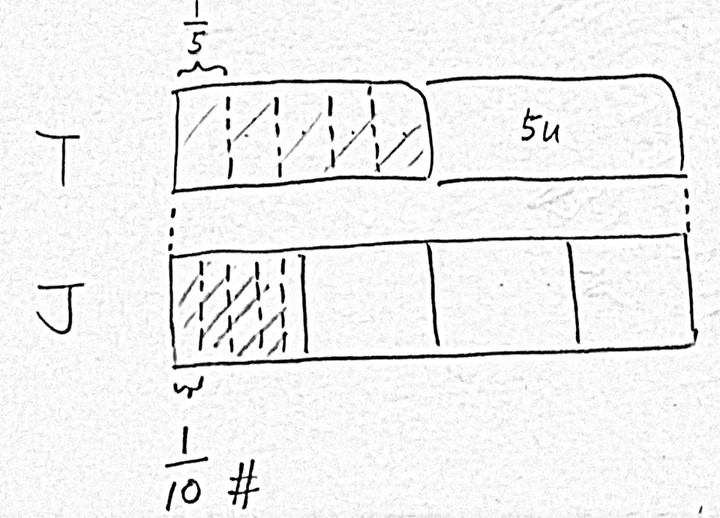